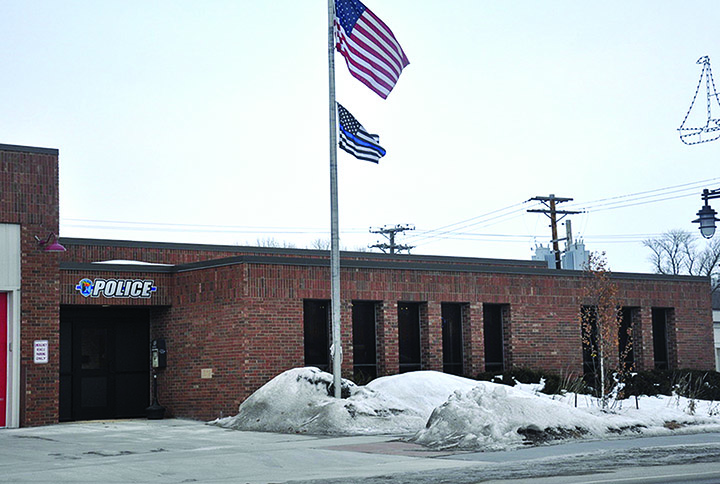 The Glenwood Police Department now has its own facility located in the former city hall building adjacent to the Glenwood Fire Department.

The city’s police department took over complete occupation of the facility on Minnesota Avenue after city offices moved to a new building, on 17th Ave. NW just off of Highway 29 North.

That move allowed the police department to take over the former city hall building on Minnesota Avenue and adjacent to the Glenwood Fire Department.

The former city hall had the space to adequately house the local police department by itself, and the facility, after some minimal work, now includes a private interrogation room, meeting and training space, an operations room, a garage for police vehicles that can also be used as a sally port, an evidence room and is a fully secure facility.

Police Chief Dale Danter said he went to work almost immediately after the city offices were moved, readying the entire facility for his department, which includes five officers and an administrative assistant.  Although the two entities shared the building, the police department fills up the space and has adequate room for officers, dispatch and provisions privacy.  All the work done to adequately secure and remodel the building into a law enforcement center was done for about $58,000 total, according to figures provided by Brenda Sagent, the city’s financial worker.

Danter said last week that he and Estelle Garvin, the administrative assistant at the police department, did all the painting inside the facility on their own.  In addition, Sentence to Serve workers installed a security wall that is bullet proof and contains a secure glass window that is also bullet proof.

Most of the expenses to the building were for officer cubicals, and other office furniture.  The phone system was retained, although Danter did add one phone to that system.

The operations room, which is the former city commissioners’ meeting space, also contains television monitors and internet capability that allows hookup to computers or laptops for easy display for those in the room.

The facility also includes enough room for each officer to have his or her own work space.  In the old configuration, five officers were using the same work space.  Although the new work space contains computer and desk space for each, Danter said he did not intall a new phone for each space because he thought the cost was too high.  “We just have the one phone in that office space, but really it seems to be working just fine,” Danter said last week.

Check out more photos in our photo gallery.