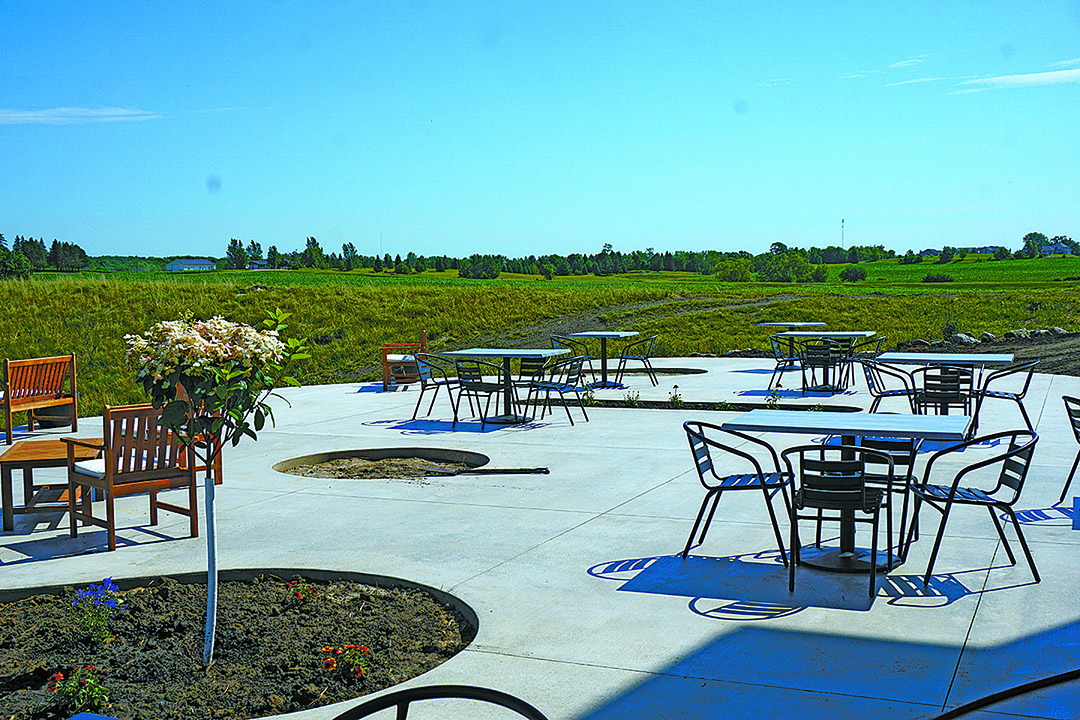 Rolling Forks Vineyards, owned and operated by Joe and Melanie Cihlar, will open in time for the Fourth of July. The winery’s tasting room and patio will officially open July 2 and will be open 11 a.m. to 9 p.m. Thursdays through Mondays.

Joe and Melanie Cihlar have been dreaming of having their own vineyard since 2007, when they first started dating. When they first met, Joe had been making wine in his basement. He has won five awards since he started making wine.

The Cihlars’ first vineyard was planted in 2010 and has expanded to 14 acres of cold hardy grapes that they grow and cultivate, now known as Rolling Forks Vineyards. They have been selling grapes to commercial wineries throughout Minnesota since 2013.

Joe is the Chief Executive Officer and Melanie is the Chief Marketing Officer of Rolling Forks Vineyards. With the help of their three sons, the Cihlars check the status of their vines every week and maintain the vineyard.

For the opening of the tasting room, the Cihlars are partnering with Chankaska Creek Ranch and Winery to offer a few different varieties of wine. The four Chankaska Creek wine varieties Rolling Forks will offer include: Marquette, Lacrescent, Kasota Rose and Creekside White.

Rolling Forks Vineyard won’t be able to sell their wine until mid-September, Melanie said. Since they weren’t able to get the wine fermentation tanks into the building until March, they won’t be able to bottle the wine they’re making until August.

The process of making wine and bottling it takes about six months, said Melanie. “We harvest from the end of August to the end of September. Then it goes through the fermentation process and sits for a while.” They then put the wine through a process called fining where the heavy particles in the wine are pulled out. The wine is then filtered and bottled to sell.

Although they won’t initially be selling Rolling Forks’ wine, there’s still some tie to their grapes with Chankaska Creek’s wine. “When we were selling our grapes commercially, they bought about 80% of the crop, so the wine we’re going to have available will have our fruit in it,” stated Melanie.

One September rolls around, Rolling Forks Vineyards will have a grand opening wine release weekend on Sept. 11-13. They will have eight varietals of wines available for customers to try at that point: Marquette, Lacrescent, Brianna, Frontenac, Frontenac Gris, Petit Ami, Blush, and Rhubarb Raspberry.

For anyone who may get hungry, Rolling Forks Vineyards will have what Melanie calls a ‘light bite’ menu which includes pizzas that are prepared on site, and pretzels. She said that they hope to partner with Redhead Creamery to be able to offer cheeses and have charcuterie trays and salads in the future.

They will offer craft beer for anyone who wants to switch it up from a glass of wine. There will also be kid-friendly drinks available including slushies, pop and water.

The view the winery has is incredible and perfect for anyone who wants to host an event or wedding. Melanie said that they probably won’t be able to host events this summer, but that they hope to offer the chance for events in the future. “We’re hoping to do weddings, we think we have a really good site for that.”